There is a country that has stated – that it is a light in the dark. That it is the only place on earth with true liberty, and one of its former leaders said, that it was important to keep that liberty because – if that was lost – people who love liberty would no longer have any place to go.

There is currently a war going on in Europa and the country I mention above has a current leadership that wanst to label the attacker in that war a state of sponsored “bad things”.

But how about the country I write about look at its own history?

It has been taken over by foreign globalist entities called the Khazarian mafia via globalist organizations like The Council of Foreign Relations (CFR). An organization that wants the world to “unite” under a one world government, and issue a one world currency and have a one world religion – which is going to be the one world government itself. CFR has since its creation in the 1920’ies been able to point out the presidential candidates for both major parties in that country so they did not care who won elections. In addition they have afterwards been abĺe to point out the people that should occupy important positions in that country’s administration once one of their presidential puppets had been elected.

This country knew all about it was being attacked by Japan in 1941, did nothing about it except packing the harbor with older ships at Perl Harbor, keeping the air craft carriers away, letting the attack occur, so this country could say, look what Japan did to us, cause an uprising in its population and enter World War II. That attack cost the lives of more than 2K soldiers – besides of the military ships that were lost.

This country lied about the Gulf of Tonkin episode, it was a lie about an attack from North Vietnam, so this county could escalate its war activities in Vietnam. A war that cost 50K of that countrys own soldiers, millions of civilians in Vietnam and a massive polution of Vietnam’s nature from the massive spread of Agent Orange. 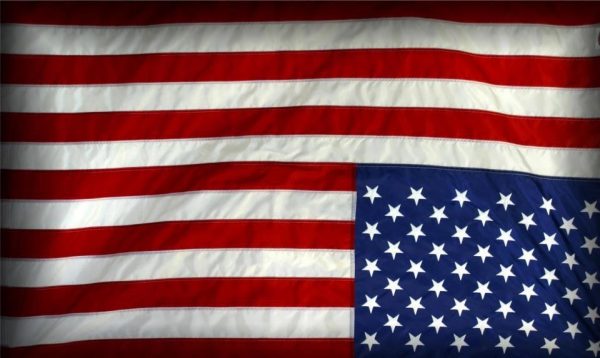 This country lied about going to the moon, and faked all its Moon Landings on TV. They took of on the Saturn V rockets into low earth orbit, stayed there until they went back to earth. And the part being on the moon was recorded at studios on earth – because they did not back then in the late 1969 – nor today – does this or any other country have the technology to protect astronauts from the two radioactive Van Allen Belts that appears arround the world, nor all the radioactivity that appears in space and on the moon itself. All so this country could look as this great country in the eyes of the rest of the world – during the Cold War.

This country let evil parts of itself work together with foreign entities to attack the country itself on September 11th 2001. Two of the buildings in the city where the attack took place was hit by planes but their collapse was caused by controlled demolition. There was a 3rd bulding that was taken down that day, called building seven. Most people do not know of the 47 story bulding that also collapsed in its own foot print on that day – despite it was not hit by any plane. What was the result of this false flag attack? That the country invaded Afghanistan in 1993 and later Iraq in 1995. The first country because they blamed the attack on September 11th 2001 on entities in that country – which was a lie. The second country because they blaimed that it had weapons of mass destruction – which was also al lie. The first country was occupied for more than 20+ years and the second country is still occupied. Both countres were utterly destroyed during their invations. So how can the country I write about call the attacker of the current war in Europe a state of sponsor of “bad things?”

This country i write about saw a president being elected in 2016 who was not so much a puppet of the globalist elite, a puppet of the Khazarian mafia, but a president of the people. He was instantly hated by the elite, by the political establishment and especially by the main stream media. He was attacked on all fronts. But none of the attacks resulted in a conviction – becuase the claims were all fake. In the elections in 2020 the globalist elite knew that they could only get rid of this president and install a new puppet president by massive election fraud. And a massive election fraud took place in the elections in that country in 2020 from dead people voting over fresh printed ballots delivered by truck at night to the voting stations over abuse of the new mail-in-voting options to recounting ballots over and over again at night in voting machines. They succeded in stealing the election and putting in a new puppet.

People who live in my country live in such a type of republic that I am about to mention. But people who live in the country I am writing about – YOU – live in a 3rd world Banana corrupt republic. I have nothing against you the people who live in that country. Buy your government, its established agencies and the foreign entites who has taken control over it – has made your country into what I just wrote before. I myself live in a 3rd world corrupt Banana republic – especially after what we saw its current government do during the Plandemic – but you do too.

Your country is no longer the light in the dark, your country has become the darkness.

I am so pi..ed about what is going on and you – in the country I write about – should be too.

This site uses Akismet to reduce spam. Learn how your comment data is processed.